Today we come to get to know all the fog covered. The fog is the result of the cold wind. Or if it is not a cold wind, it may be a high pressure patch that is pressed down Which will cause dust in the air That has been distributed normally Can not float up to high places like ever This will make it look like that in the area where there is fog all over. And has caused the weather to look gloomy Makes the vision not as good as it should be And create many problems in living according to many

For cases where the fog situation occurs in the area where we live We will be able to follow the information from the Meteorological Department. In this case, staff will be organized. Measure the amount of dust smaller than 10 microns in the air. Whether the dust in the air exceeds the standard set or not The standard value is 120 micrograms per cubic meter. If it is not more than the set value, there is still nothing that we will worry about. But have to keep up with the news continuously as well


In densely populated areas And have traffic congestion Like the capital, the big city and the nearby area There are often major problems with the smog. These dust particles are particulate matter, ozone gas and volatile organic compounds such as benzene. As a result, because most pollution sources are usually caused by vehicles. In the Thai capital area The area of ​​Din Daeng has a dust volume smaller than 10 microns, the highest in Bangkok, that is 113 micrograms per cubic meter. Which does not exceed the standard value of 120 micrograms per cubic meter

The overall air quality situation of this latter period has been continuously improved every year. This is the result of the improvement of the standard of fuel Euro 3 to Euro 4 since 2012 and also includes the improvement of the public transport system to be strict with the detection of cars that create black smoke beyond standards. And also control oil vapors from the oil depot And the fuel dispenser is also controlled

And, therefore, the air pollution problem that comes from a large amount of cars Need to continue to fix In order to remove smoke and dust problems Or diminishing. Finally, during the haze problem, it's not gone. What can we do? We can protect ourselves and our loved ones by choosing to use our respiratory protection equipment. RespoKare RespoCare Anti-Pollution and Dust Mask 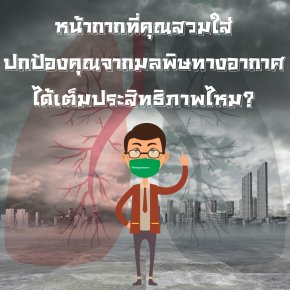 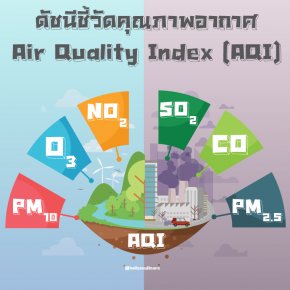